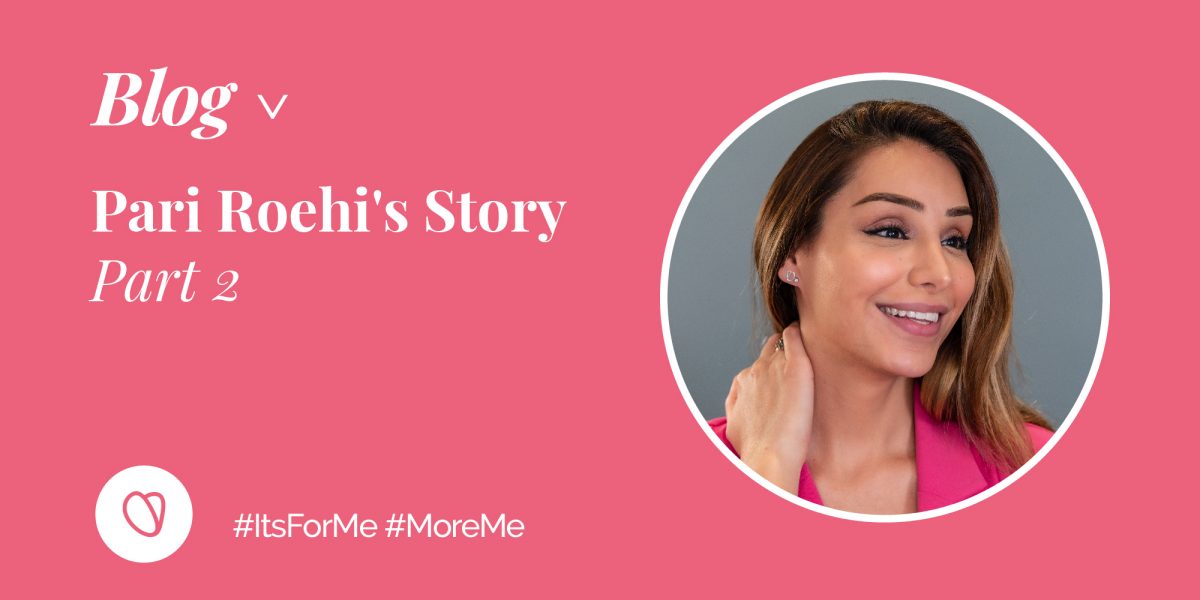 Pari Roehi’s book, was published in German just after her first FFS surgery in the year 2016. This is the second post in an exclusive series featuring currently unpublished English excerpts of her book. So her story begins…

Born into a wealthy family in Iran, the child happily plays with dolls and loves dresses. Yet at the tender age of 4, they must flee with their mother from an increasingly dangerous environment. The marital situation is increasingly hostile, only adding to the civil strife.  Albeit arduous, she smuggles herself and her two children out of the country, a grave criminal offense.

“If you speak, we’ll be in great danger,” left two siblings frozen with fear.  Disguised as Spanish tourists, they risk crossing foreign borders until reaching the Netherlands, cutting all ties to family and the former luxuries behind them.  An extraordinary and desperate act of survival.

Unfortunately, the promise of greater freedom is exchanged for the chronic pain of separation, often exacerbated by the outsider status of immigrant life.

Life unfolds for the next 3 years in refugee shelters.

The child is sent to an institution with psychologists, which fortunately becomes a much needed safe haven. Nevertheless, too many dark experiences disintegrate the innocent remains of a childhood. Broken, but somehow, an inner spark remains in the struggle for self preservation which pushes the pre-pubescent child to excel in some way.

A survival instinct, perhaps, that draws the growing personality onto stages, a TV program for kids and eventually, to value good grades in school.  Yet those typically awkward high school years stain existence once again.

“…classmates would call me a faggot every day…”

Fortunately, there is respite in caring for horses, a life lesson in love and death.  Inevitably, the adolescent grows into an androgynous teen who, typically, “scandalizes the environment and tests its boundaries.”  Hormone replacement therapy is put on the menu, bringing its own roller coaster.

Then, one day at only 15 years of age, fed up with the domestic violence of a step-father, running away from home seems like the only way out.

Shortly after, modeling starts– initially, yet another life lesson in rejection.  However, it provides a fertile space to test the waters of gender identity and expression. At the age of 17, with an early high school diploma in hand, only the sky is the limit.  Gaining a foothold in modeling and hosting work, a newfound independence provides relative freedom from the suffocating restraints of home life.

Despite the grueling work in nightclubs and the international party circuit, this is one teen determined to be seen. Unfortunately, unchecked youthful determination gets on the wrong track, as it is prone to do. Falling victim to the debauchery of nightlife, there wasn’t much this 18-year-old hadn’t done. Except be a girl.

“Finally, girl, good for you.”

Silver lining is, her family had really known and supported her all along.

Light at the end of the OR

It’s what she wants more than anything. But then a series of wakeup calls are in order.

First, the end of a romantic relationship followed by a suicide attempt. This meant she had put her future surgery in jeopardy.  Months later, just when her hopes were up again, the years of unhealthy lifestyle had made her unfit for surgery.

So the drug infused late nights had to take a backseat.

Finally, after 5 years of solitary train journeys to the therapy sessions, at age 19, the long wait for gender affirming surgery ends. It was a coming-of-age moment, perhaps in part due to the newfound clarity after easing off the party scene.

“I was born in the body of a boy, but I have always felt feminine…My genitalia have nothing to do with whether I feel like a man or a woman.”

All the pipe-dreams for a better future lay precariously upon the hope to see in the mirror what would finally reflect the gender identity which had remained hidden since birth. But was she ready?

“…it is my entire life that has made me the woman I am today. Nobody becomes another person through surgery…First of all, you have to know who you are.”

Before genital gender affirming surgery, Pari struggled to live as a woman who, she explains, was a “freak in the eyes of many men. I was their dark secret.”

The experiences left her feeling “worthless, used and empty. They didn’t care about me, but only about their own fantasies.”

Gender confirmation surgery, or GCS, was a major step in changing this for Pari. But it was followed by over a year of depression. In upcoming installments we will delve into what happens after this pivotal moment.

Pari and Lilia met to speak about her life story in December 2020, a part of which was published in her 2016 autobiography, Mein bunter Schatten: Lebensweg einer Transgender-Frau. Currently only available in German, her life account in American English is yet to be released. The working title is, “The girl with a boy’s shadow,” although the literal translation is actually “My colorful shadow: The life of a transgender woman.”

Shadows dissipate around the smiling, positive Pari. She is indeed a colorful character,  as anyone will see when listening to her tell stories from her past and present.

Her unique life story, as a trans woman who has worked hard to get where she is and continues to strive for her goals, despite the obstacles that come her way.  She has always been more than just the girl next door, although she is just like any another kid on the block, working to reach her aspirations.

This series of excerpts from her book are the story of her self-discovery, with its ups and downs, towards validating her identity as a woman and artist.

A former Germany’s Top Model, Pari now lives in Hollywood, speaks six languages and is a Pantene Pro-V Ambassador with several film projects in the works. Check out her work as a trans activist and influencer on her Youtube channel “Keeping it Classy.”

Stay tuned for more inspiring stories of a life of perseverance, against all odds, in seeking acceptance as the girl she has always been.