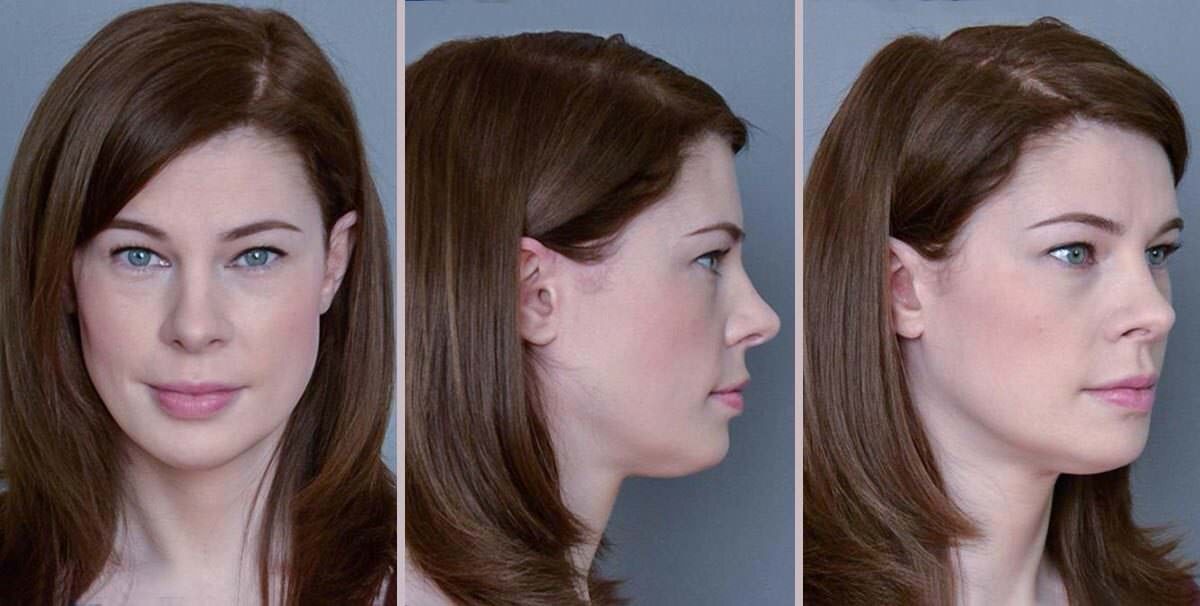 Facial feminization surgery, or FFS for short, is an umbrella term for a variety of surgical procedures that are done with the goal of giving the face and neck a more feminine appearance. While there is no one size fits all set of treatments that will produce great results in every patient, some types of surgeries are almost always indicated for FFS plans. One of these is forehead reduction surgery.

Forehead reduction is actually the single most common procedure used in the course of a facial feminization surgery plan. Exact techniques vary by surgeon, but generally a forehead feminization surgery involves making an incision through which the bones of the forehead can be accessed. The excess bone is then removed, usually with the bone burring method. Then, the surgeon will reduce and/or remodel the forehead area based on the patient’s facial features and desired results.

Why is forehead reduction surgery so common in FFS?

When people walk down the street, they often instinctively and subconsciously categorize the sex or gender of each passerby. Being that we are usually clothed in public, these judgments obviously are not based on looking at strangers’ reproductive organs. Instead, humans rely on traits known as secondary sex characteristics in order to determine a person’s gender.

Secondary sex characteristics include obvious physical traits, such as enlarged breasts and hips in females or facial hair in males. But they also include traits that are so subtle that most people don´t even realize the influence in how we perceive gender. The face contains many of these “signalling” traits, including the size and shape of the forehead. This is a facial feature that undergoes some fairly dramatic changes in genetically born males during puberty. As a result, humans have learned to associate masculinity and femininity with different forehead appearances.

How does forehead reduction create a more feminine appearance?

The bones of the forehead change because of the sex hormones in the body of genetically born males at puberty. Most noticeably, the forehead becomes more sloped and prominent, and often a bony ridge forms just above the eyebrows. This is known as the brow bossing or supraorbital rim, and is generally a very masculinizing trait.

By reducing or removing the brow bossing and reshaping the entire forehead area to be less sloped and more vertical, the upper third of the face takes on a much more feminine appearance. This is in keeping with the philosophy that facial feminization is primarily a reductive process. What does that mean? Well, before puberty, all children of all genders have feminine facial features. It is only due to the effects of certain sex hormones that genetically born male children will grow into teens and adults with masculine facial features. Masculinization, therefore, is an additive process; masculine features, such as forehead bossing, are added on top of an underlying feminine bone structure. By reducing these traits that were augmented in adolescence, facial feminization aims to simply return the face to its original feminine state as much as possible.

In many cases, for trans women whose hormones have stabilized and who are not actively undergoing so-called male pattern baldness, the results of forehead reduction surgery can be enhanced with a hairline feminization procedure. This is because the shape of the hairline is another facial gender marker. A masculine hairline has a characteristic M-shape, with recessions near the temples and a peak in the center of the forehead. Feminine hairlines, in contrast, tend to be more rounded. In many facial feminization patients, this can be achieved through hair transplants, carefully moving healthy follicles from the back of the head to fill in recessions and round out the overall appearance of the hairline.

Goals of forehead reduction as a part of FFS surgery

At Facialteam, the goals of our multidisciplinary team of specialists regarding forehead reduction surgery are aligned with our three pillars of facial feminization: natural results, no visible scarring, and maintaining the patient’s family or ethnic resemblance, as may be the case.

Natural-looking results are what most FFS patients are seeking. Luckily, with highly-skilled specialists and advanced imaging techniques, forehead reduction surgery with natural results is more attainable and predictable than ever.

However, even with very natural results, having visible facial feminization scars from a forehead surgery can be a giveaway that you have had work done. Even women for whom passing is not a priority, or who don’t mind people knowing about their feminization treatments, prefer to avoid visible scarring simply because it isn´t very attractive. Our surgical team has revolutionized the field of forehead reduction in FFS by combining it with simultaneous hairline feminization and a subtle brow lift, all in a single procedure with no visible scars whatsoever.

As mentioned, we strive to maintain each patient’s core identity. A forehead reduction shouldn’t change your face into someone else’s. Instead, it should simply help to unmask the feminine face hidden under the surface.

Forehead reduction surgery: Before and after procedure photos