It’s a procedure that the majority of trans women consider when they make the decision to feminize their appearance though surgery.

What is tracheal shave surgery?

Adam’s apple reduction surgery is a feminization procedure that’s relatively simple and quick.
It involves reducing the size of the thyroid cartilage, known as the Adam’s Apple, to give the neck a more feminine outward appearance.

Why is FT a pioneer in Facial Affirming Surgery for the Adam’s Apple?

Here at FT, we pride ourselves on the natural looking results of all our procedures. In the case of the trachea shave, our team has innovated for a higher rate of patient satisfaction by ensuring a hidden incision, limiting the risk of adhesions as well as taking precautions to protect the voice.

Specific planning protocols and diagnostics lead to more predictable outcomes. Our expert post-op care and monitoring, from the day you make your first enquiry to a full year after your surgery, will help you feel safe at each step of the process.

The Adam´s apple & the gender of the neck

The Adam’s apple is a defining characteristic of most adult males.

A prominent Adam’s apple can be an issue for any woman, but, in particular, a trans woman who has transitioned, as people unconsciously associate this feature with masculinity. In reality, anyone might be unhappy with the prominence of their Adam’s apple, regardless of their gender identity.

The Adam’s apple is an area of cartilage located on the neck just in front of the larynx. It’s also known as the thyroid cartilage.

The larynx acts as a resonance box for the vocal cords. During puberty, the larynx grows more in males, causing the change in pitch. This growth makes the typical bump on the front of the neck, popularly known as the Adam’s apple, to become more visible.

An Adam’s apple reduction, or tracheal shave, reduces the size of this thyroid cartilage. It’s a straightforward procedure that can make a big difference to how feminine a person appears – both to themselves and to others.

The surgeon reduces the size of the thyroid cartilage and gives it a more feminine shape. However, it isn’t always possible to safely eliminate it entirely, as it’s the support structure for the voice. Therefore, Adam’s Apple reduction surgery should be performed by a skilled, experienced surgeon.

The objective of tracheal shave surgery is to minimize the prominence into more female parameters, who normally have less noticeable thyroid cartilage. The aim is to emulate as smooth a shape as possible.

How is a feminization of the neck performed?

The Adam’s apple reduction surgery is best performed under general anesthesia, whether alone or in combination with other procedures. It takes approximately 30 minutes.

An incision of about two centimetres is made in a fold under the chin, if possible, hidden inside a crease of the submental (chin) area. From there, a small tunnel under the skin is made to reach the thyroid cartilage. With a special ultrasonic file that does not damage soft tissues, the prominence and the upper border of the tracheal prominence are reduced within safe parameters.

The muscles alongside and over the thyroid cartilage are then joined to cover the Adam’s apple area.
In this explanatory 3D video animation, you can see how the surgical procedure is performed.

If an Adam’s apple reduction (tracheal shave) is the only facial gender confirming procedure you plan to have, you will only need to stay in 1 night in hospital. The day after surgery you will be released and may return home without the need to extend your visit in Marbella. Thanks to the utilization of intra-dermic sutures, it is easy for you to remove the single stitch in the comfort of your own home about 9 days after surgery.

An Adam’s Apple reduction is one of the facial feminization procedures that people most often come to us with asking us to re-do, unhappy with the results. This procedure calls for a careful balance between removing too little cartilage, and too much, which can damage the voice.

A reduction that’s too aggressive can weaken the structure of the larynx and change the quality of the voice. Similarly, an incorrectly placed or poorly sutured incision may result in visible scars and unsightly adhesions which cause an unnatural movement of skin in the area.

To avoid a visible scar in the Adam’s Apple area, a small incision is made some distance above. It’s hidden under the chin in a fold of skin or the crease of the neck, so that it’s practically invisible. This incision location also aims to prevent fibrosis in nearby tissues.

What to expect after an Adam’s apple reduction

If an Adam’s apple reduction (tracheal shave) is the only facial gender confirming procedure you plan to have, you will only need to stay in hospital for one night. It is one of the least invasive procedures, relatively speaking, in FFS Surgery, so the initial postoperative recovery is typically rapid.

The day after surgery you will be discharged and may return home, with no need to extend your stay in Marbella.

Thanks to the use of intradermal sutures, it’s easy to remove the single stitch in the comfort of your own home about nine days into your tracheal shave recovery. This video demonstrates how this may be done in the event you are unable to have it removed in the hospital.

Most bruising will have diminished within a few weeks enabling you to go about your normal activities, but high impact sports will have to wait for about 8 weeks.

The look and feel of the operated area will continue to improve over the year following the surgery. Every patient will have a final assessment of their trachea shave results after a year has gone by.

Our post-op department is always at your disposal if you have any questions at any point during your recovery. Read more in our blog about a tracheal shave in FFS Surgery.

Many ask what to have first: the trachea shave or voice feminisation? Ideally, all surgeries will have been done before having the voice feminisation, which will leave the area more delicate and the diameter of the breathing tube after will need to be smaller.

Facialteam and Yeson Voice Center recommend this order, as you may read in the blog on FFS and vocal chord surgery, since a tracheal shave could compromise your voice results. However, if it isn’t possible, the recommendation is to allow for at least 6 months between the two procedures. 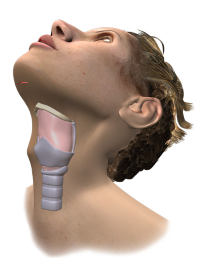