The nose is the central feature of the face. Many patients believe that refinement of the nose can make a significant improvement in their appearance by making the eyes seem larger as well as emphasizing the cheeks. A rhinoplasty can have an overall complimentary effect, making a face more delicate.

Usually the male nose is larger and wider than the feminine nose because it has a greater component of bone, as evidenced by more prominent ridges. The forehead also plays an important role here, because of the transition between the nose and forehead. This transition in males tends to be sharp and prominent, making the decision as to whether the nose and forehead should be approached simultaneously, an important one. This decision is based on each patient’s individual needs.

Also, female noses are normally less prominent than males in all aspects, tending to be more narrow and straight or with a gently curved tip. On the other hand, the tip of the nose is often sharper in females than males. Finally, the nostrils tend to be smaller in females.

FEMINIZATION OF THE NOSE

In the context of Facial Gender Surgery, a rhinoplasty has three objectives:

Standard rhinoplasty techniques can be used to make the nose smaller and give it a more feminine contour with proportions that will be in harmony with the rest of the face and forehead. A reduction rhinoplasty consist in, generally, making the back of the nose smaller and the tip discreetly lifted. The correction of the brow prominence softens the angle between the nose and the forehead.

The type of skin in the nasal area can determine the final result on the procedure. The reduction can be entirely completed if the skin type is thin; however, if the skin is thicker, as is more common in males, the reduction, although noticeable, may have some limitations.

Rhinoplasty or nose surgery is a highly customized procedure and requires an exhaustive evaluation of the bone and cartilaginous structures that form the nose. Since 2015, Dr. Raúl Bellinga has employed ultrasonic technology for sculpting the nasal structures with specially adapted instruments known as Piezosurgery®.  As this tool does not cause trauma in the surrounding soft tissues in the process and allows for greater precision, both the healing and the results are improved significantly.

In general, a rhinoplasty is performed under general anesthesia. In some minor cases, it can be done under local anesthesia or sedation. The surgery lasts between one to two hours.

Depending on the individual needs of the patient, the following procedures are possible:

The use of Piezosurgery® in facial bone surgery is a safe, predictable technique with low morbidity. In the field of Facial Gender Confirmation Surgery, Piezosurgery® has played a a key role in nasal osteotomies since 2015. It minimizes trauma to the soft tissues and increases precision when eliminating the bony cap and performing the osteotomy under direct view, using an external approach with an extended subperiosteal dissection. This reduces postsurgical edema and ecchymosis and provides better control of the osteotomy line when narrowing the nasal pyramid and reducing the bony hump, either via osteotomy or osteoplasty.

Nose surgery, statistically, is one of the procedures worldwide that present larger complication rates in the mid and long term (assimetry, deviation, tip collapse). This happens mainly when only aesthetic problems of the nose are addressed by the surgeon, without considering the nose’s inner structure and support. In these cases, the immediate results are satisfactory but in time the nose tends to suffer the above mentioned problems.

Our approach is always based both on Structure and Aesthetic. For example, the main areas of collapse (tip and dorsum) in our rhinoplasty technique are always reinforced with cartilage grafts which avoid undesirable postoperative changes on the mid and long term. 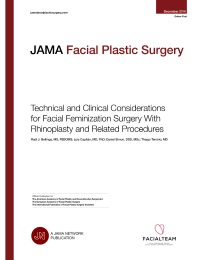 If you are interested in learning more about the Feminization Rhinoplasty techniques, please read our scientific article titled:

Technical and Clinical Considerations for Facial Feminization Surgery With Rhinoplasty and Related Procedures. 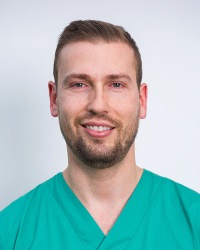