The forehead and orbital area (frontonasoorbital complex) is one of the most revealing gender traits, being the frame of the eyes which determines if the individual has a masculine or feminine appearance. Forehead feminization involves the reconstruction of this area, giving the patient a softer look and more feminine expression.

Males tend to have a more prominent forehead and brow bone (the ridge over the eyes and the nose) as well as in the lateral eye areas (orbits).

A female forehead is typically rounded, with a smooth transition between nose and forehead, and almost never has prominent areas. And that is in which we dedicate with forehead reconstruction.

The forehead and brow reconstruction is a procedure that involves the sculpture of the entire area and surgical reconstruction of the anterior wall of the frontal sinus.

The brow area lays over the frontal sinus, which is a hollow air cavity. Despite its appearance, the brow area is normally very thin (2 mm thick), meaning that a successful elimination of the bulge is not possible with just an aggressive surface shaving, due to two main problems: potential surgical complications from over-shaving and the inability to achieve an appropriate transition between the nose and forehead.

For proper remodeling and elimination of excess bone volume, it is more accurate to conduct an excision of the bone plate (osteotomy).  Subsequent shaving and careful replacement and fixation (in a receded location compared to its original position) with titanium micro-screws which stabilize the bone segment during healing make this a safe and predictable forehead feminization technique.

This sculpture in the frontal area creates a more oval format and eliminates the marked frontonasal ridge (brow angle between the nose and forehead). In addition, it determines a new position for the soft tissue, so that we can achieve a lifting effect of the forehead skin and a replenishment of the eyebrows in a more feminine format.

The overall effect is a very significant change in the look and the expressiveness of the patient. This procedure, thanks to our experience in more than 700 patients, has been innovated both in the approach (usually at the crown level, avoiding the undesirable hairline scar) as well as in the techniques and suturing.

How is the forehead region accessed? 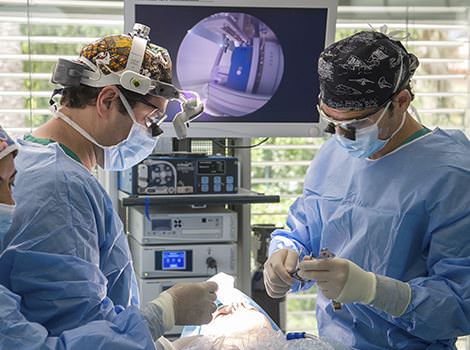 When accessing the forehead region (forehead, nasal root, orbits and supraorbital ridge) for reconstruction purposes, a modified coronal approach is one of the approaches most often used by FACIALTEAM. The modified coronal approach was developed by Drs. Capitán and Simon. A hidden incision is made in the scalp which, among other advantages, makes the scar completely undetectable after the surgery. Furthermore, its special design makes it possible to obtain follicular units that can be used for hair transplantation immediately afterwards (during the same forehead reconstruction surgery), facilitates hair growth through the scar itself, prevents hematomas (bleeding after surgery) and allows for a lifting effect above the eyebrows.

Thanks to our experience, we have developed a surgical approach that eliminates the unsightly scar in the hairline but still permits the repositioning of the eyebrows in a more feminine and elevated position as well as natural lifting effect of the forehead.

The incision of the modified coronal approach is completely hidden within the hair of the patient and is performed in a way that allows the subsequent growth of hair around it. Once the contouring of the frontonasoorbital bone region is complete, we proceed to remove the anterior wall of the frontal sinus (frontal osteotomy), sculpting it carefully to ensure that no undesirable perforation of the bone fragment occurs. At this point, it is necessary to sculpt the whole frontonasoorbital region, the sides and roof of the orbits, aiming for more open orbits that generate a more expressive, feminine and youthful look.

Finally, the bone plate is fixed in its new position with titanium micro-screws. The screw heads are removed, becoming invisible and not palpable through the skin. By positioning the scalp in a new position, we use re-absorbable fixation devices (Endotines®) to help stabilize the eyebrows in their new location and format. Both the type of incision in the scalp as well as the suturing technique will allow hair growth through the scar only a few months after surgery. 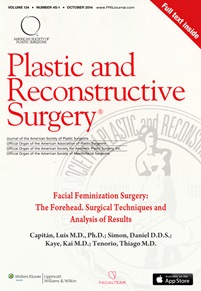 If you are interested in learning more about the Forehead Reconstruction technique, please read our scientific article titled:

Our FACIALTEAM guide to know what is FFS surgery