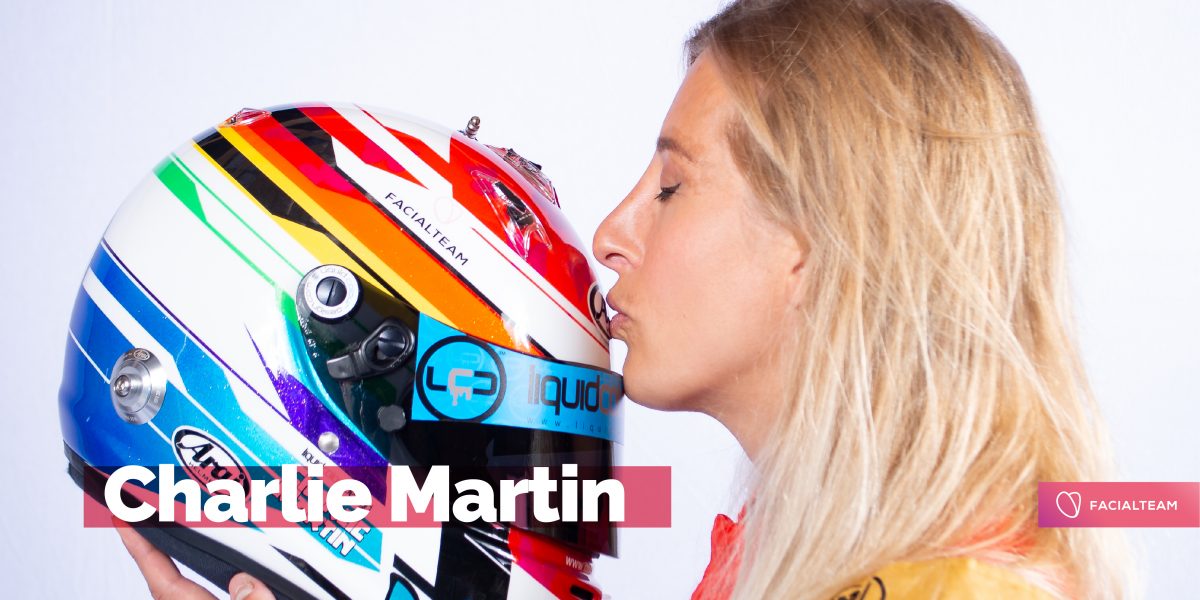 Her story, in her words, see video below.

I recently passed the six year mark since I boarded a plane for Malaga on a journey that would change my life. Naturally I had hopes and dreams about what this bold step in my transition would mean, facial feminisation surgery is a big step for anyone to take.

The decision to choose Facialteam was a pretty quick one, while researching surgeons who performed I found them quite early on. I remember driving down to London for my consultation, I randomly walked past the building last year and it brought back a flood of memories. I met a girl there who I assumed was cisgender (she was stunning), I generally assume my senses are pretty highly tuned whenever I meet someone from the community, but it never struck me that she could be transgender. We got speaking, and the fact is I was very impressed when she told me that Facialteam had performed her surgery.

Now, I could write a full account of my surgery but this isn’t what I want to reflect on since there are also videos covering this on my YouTube channel already. What interests me is looking back on the things I could never have known prior to this gender-affirming surgery. You try to think how you will look and feel, the difference this will make, but until you live this experience you’ll never know.

Reflecting readjusting after my FFS Surgery

One of the first things that surprised me upon seeing my face in the first week after surgery, was that while it looked different, it didn’t seem that different. Thanks to virtual FFS, I’d like to think my expectations were realistic. What I gradually came to realise over the coming months (during which time things inevitably settle) was that having seen the same reflection in the mirror every day of my life, my brain had to reconfigure it’s interpretation of ‘what my face looks like’. It’s as though I was so used to seeing what I used to look like, I couldn’t process the fact that all the masculine features that used to trigger alarm bells in my brain weren’t there anymore. Of course, other people saw it straight away. However, it took me a little while to re-adjust to the way I looked, it was more nuanced and an intriguing insight into how we perceive ourselves.

It was also an emotional process after my facial feminization surgery

I remember the day I left with a rollercoaster of feelings. I made an amazing friendship while I was there with a lady who had surgery the day before me, in many ways the first trans person I ever spent any real time with. She’d been a beauty queen and had enjoyed a much fuller experience than I in terms of having lived as a woman for a long time. We both spoke French (she couldn’t speak English, nor I Spanish) and she taught me so many things, I really grew in her company. She opened my eyes, brought me out of myself.

I left Spain a different person in so many ways

The day I left, I walked into town from my place at Skol apartments, I have a photo in my lounge of the building lit by the early evening sun which brings back happy memories. It sounds like a cliché, but the truth is I can’t think of any other way to say it, other than I felt like someone else. I can still vividly remember every detail down to what I was wearing, and so I can clearly recall the feeling as much as anything – I felt like the person I always wanted to be.

I remember feeling sad for an instant (I feel emotional writing this!), but only because I didn’t want that feeling to go, I was truly happy in that moment and I never wanted the feeling to end.

Of course it’s something I carry with me forever, it’s what ultimately formed the paradigm shift in my own mind, and it’s the foundation for all the confidence and self belief that has enabled me to do things the old me would have shied away from. From bold things like public speaking in front of an audience to everyday things like going to the gym without makeup. So much of what has happened since in my life all began in November 2013, there’s no way I could ever have known how, it’s only looking back that you see the full picture unfolded.

Follow Charlie Martin and hear more about the lessons she learned along her transition process in the video below.

Charlie is a trans athlete sponsored by Facialteam.