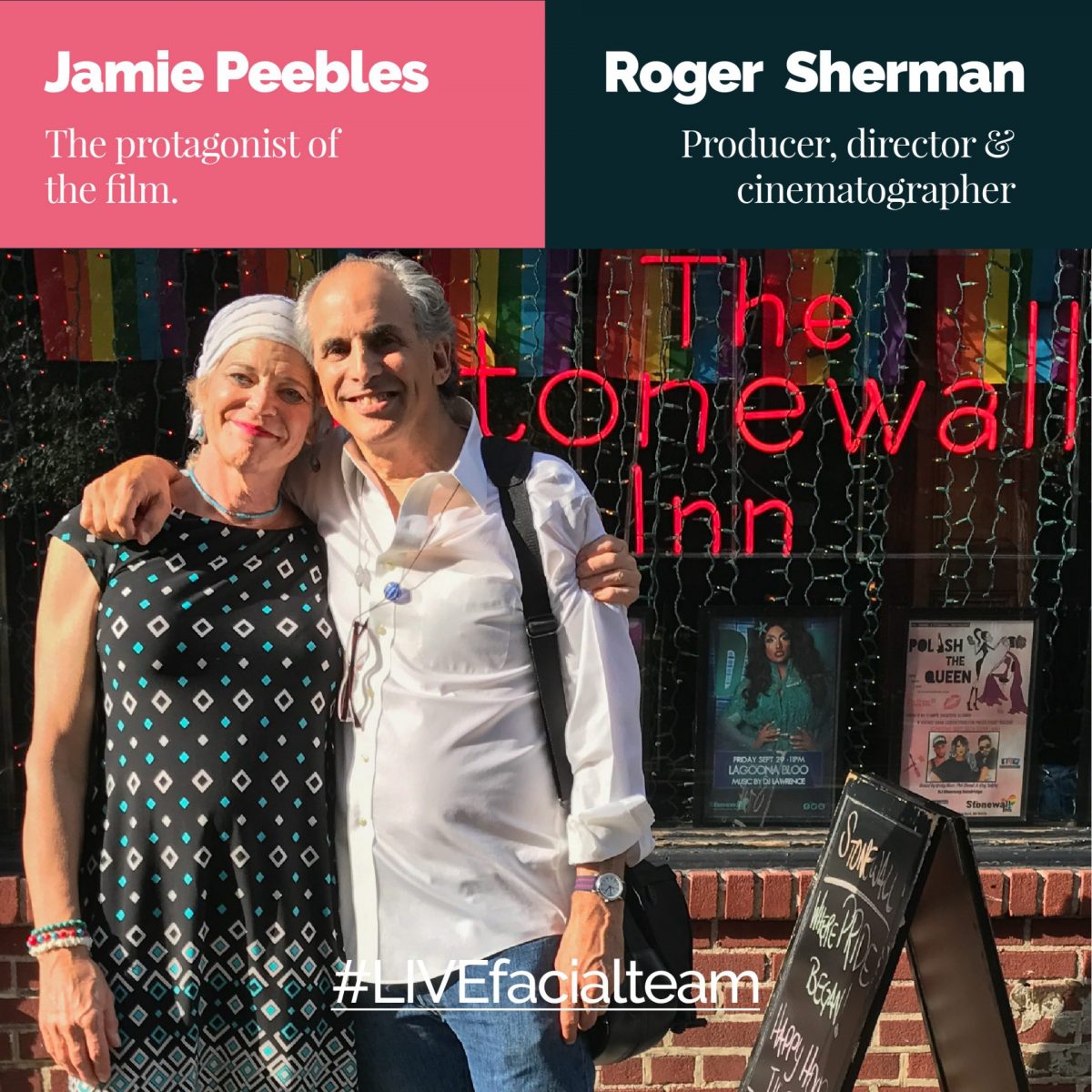 Trans documentary captures transition in real time, a view from within

Nearly 3 years ago, Facialteam met lifelong friends, Roger Sherman and Jamie Peebles, in the midst of filming her gender-affirming journey. Now the film has been selected for 10 film festivals, garnering 5 awards. 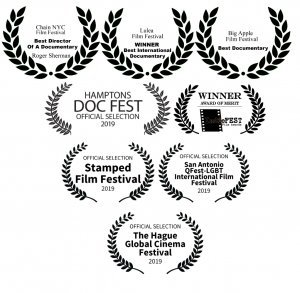 Roger, the director of the trans documentary, The Second Life of Jamie P, has captured an intimate portrait of the early days in Jamie’s –and her family’s–transition.

On Wednesday May 6th, on Lilia’s Wednesday Weekly Livestream on FACEBOOK, our members were able to chime in the interview with Roger and Jaime about the making of this poignant film (while transitioning) and it’s representation of one baby-boomer’s path towards self-determination.

Here is the recording, thankfully edited by Roger Sherman!

A trans documentary that speaks to cis people

This is a special trans documentary in so much as it is not looking back on the gender transition, in hindsight. “The Second Life of Jamie P” actually could be described almost as a brutally honest video journal of her gender identity-seeking process, as it unfolds, with highly personal entries by both her and her family members.

Each scene is a relatable human experience, making for a story of a trans reality which is fantastically accessible for the masses. Every bit of visibility for the trans and gender-non conforming community counts. Critics may call out certain aspects such as outdated terminology, a cisnormative perspective, the generational gap or the apparent existence of privileges.

Yet who hasn’t fallen out with a sibling or friend? Who hasn’t had relationship problems at some point? Who hasn’t felt insecure about their appearance. Haven’t you wanted to realize your full potential in your own unique way?

One woman’s journey to self-realization

Jamie Peebles always acted as a man. Until at age 63, she came to terms with the reality of how she really felt. Having completely repressed all knowledge of mis-gendering herself for decades, her time to “come out” had arrived. In her unabashed reflections, she is thoughtful, articulate, funny, and self-effacing.

“I am no longer transgender. I am a woman.”

The documentary offers viewers  “insider” perspectives which can provide even “trans-sensitive” viewers with precious insights into the extent of life disruption not only the person pursuing a gender transition may confront, but also their loved ones.

The raw, bare-truth accounts of her family members portray the challenges and sacrifices that are faced along the way. Just another unique human experience, which happens to be trans.

The director and the protagonist

Jamie Peebles is a brilliant television engineer who has built studios for Al Gore’s Current TV and Gerry Laybourne’s Oxygen Media. She’s been a college professor, filmmaker, photographer, and home builder. She’s adding to her professions, by now becoming a farmer.

Roger Sherman’s films have won two Academy Award nominations, an Emmy, a Peabody, and a James Beard Award. He is a producer, director, cinematographer, author, documentary doctor, and a founder of Florentine Films.  The Second Life of Jamie P is an independent film made, of course, on a shoestring budget. 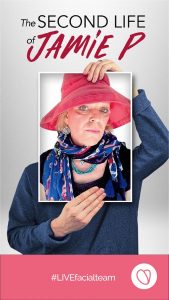 Film release on May 12th

The Second Life of Jamie P, a revelatory, “no-filter applied” feature documentary, follows a 63-year-old father who has realized she’s transgender, with some of the drama–and laughs– which ensue.

The full feature launches next Tuesday, May 12th, on iTunes, Amazon Prime and Google Play.   Now available for preorder on AppleTV.

At the end of the film, two years after filming and with facial surgery behind her, Jamie happily tells us how far she’s come:

“I don’t even recognize the person in the film.”