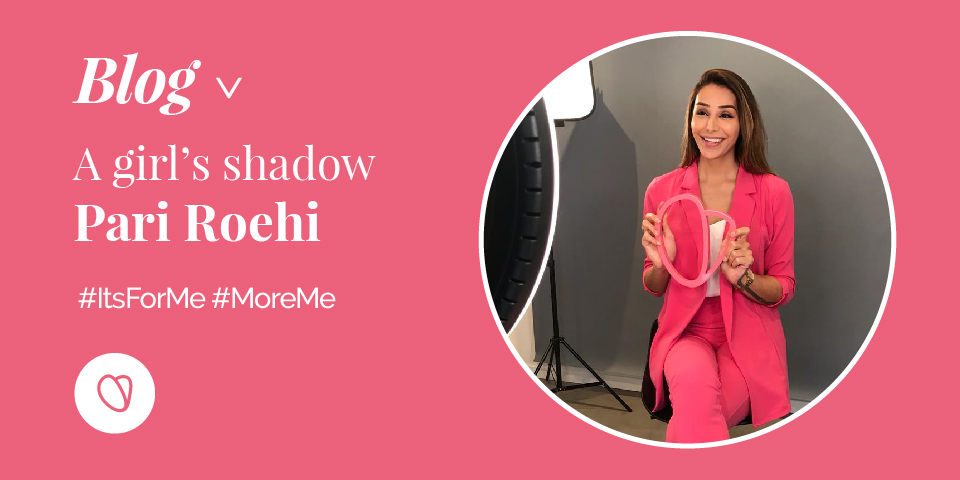 Pari Roehi’s story – The boy with a girl’s shadow?

Several years ago, Pari Roehi came to Facialteam to have a feminizing forehead reconstruction, which changed the volumes of the brow bone and shape of the eye orbits. She was overjoyed with the results, which helped her to gain the confidence she needed to work towards her full potential as a model and artist.

Fast forward to 2020. With a rising career ahead of her, she had grown tired of having to photoshop scars and imperfections left from surgeries she had in her teens and twenties.

“I am constantly forced to edit my pictures and have my clients do the same which costs lots of money and time.”

So she started to think about corrective facial surgery.

In this blog, Lilia shares the first of a series of posts based on time spent with Pari in Marbella together, before and after her most recent surgery.

Pari has spoken publicly about her experiences with “botched” results, emphasizing the importance of research, consultations, getting referrals and taking your time to choose the right time for surgeries. Even then, redoing facial surgery is an inherent risk that may happen to anyone.

She was unhappy with some of the bad surgery results which were far from conducive to her work in the public eye.  So, she did plenty of research to find the best redoing surgeons available, but explained,

“I feel that no surgeon comes close to the care and results Facialteam offers.”

Having corrective surgery during a pandemic

Pari was worried about traveling during covid and took all the precautions possible during her trip from California to Spain.  This meant a PCR test in the 48 hours before flying and an online health survey for the Spanish government.  She was so relieved once crossed over the Spanish border, but then there was the final PCR and antibody tests to ensure readiness for surgery. Each time her tests came back negative, she was able to sigh with relief.

Facialteam welcomed Pari back to Marbella for a redoing of her tracheal shave and liplift, both done by other surgeons after which she had not scarred well. She had already undergone several rhinoplasties in other centers, so she was scared to try again. Yet she had faith in the team in Marbella, where her experience had been totally positive.

Her corrective surgery took place the first week of December and she is again amazed at what’s been achieved. Although she will not be able to make judgement for another 12 months, she is eager to reveal the preliminary results to her followers in January 2021.

I had the opportunity to sit down with Pari on several occasions to talk about her history, her journey to today, a part of which she published in her 2016 autobiography, Mein bunter Schatten: Lebensweg einer Transgender-Frau. Currently only available in German, the intimate look into her life experience is pending release in American English with the working title, “The girl with a boy’s shadow,” although the literal translation is actually “My colorful shadow: The life of a transgender woman,” which I think represents her better.

Shadows seem to disappear when you are with a bright and bubbly Pari. It’s clear from the outset that she casts nothing but the aura of a lovely girl.  In the coming weeks, I’ll be sharing some of our conversations about her unique life story as a trans woman who has worked hard to get where she is and continues to strive for her goals, despite the obstacles that come her way. Just like any other neighborhood girl you know.

In a nutsell, Pari Roehi, born in 1989, grew up in Iran and later as a refugee in the Netherlands. Before even finishing high school, which was riddled with bullying and discrimination, she started working as an international model. Her first jobs included being a nightclub hostess at “Jimmy Woo,” as well as a performance artist and public moderator. At the age of 19, she underwent her first of several gender-affirming and other surgeries.

Her appearances include the TV program, Germany’s Top Model. Today she lives in Los Angeles, speaks six languages, is a Pantene Pro-V Ambassador, and now has a feature film for Netflix under her belt. She has long been a trans activist, as a Youtube celebrity “Keeping it Classy” and continues to work for the cause of children with transgender identity.

Stay tuned to this blog and our livestreams for exclusive English-language excerpts from Pari’s autobiography. I’m honored to bring a bit of this inspiring account of one girl’s persistence, against all odds, to be accepted as she is: A girl with nothing but a girl’s shadow.

Blog author: Lilia Koss, Facialteam Community Manager, has been a facialteamer since before it’s existence.