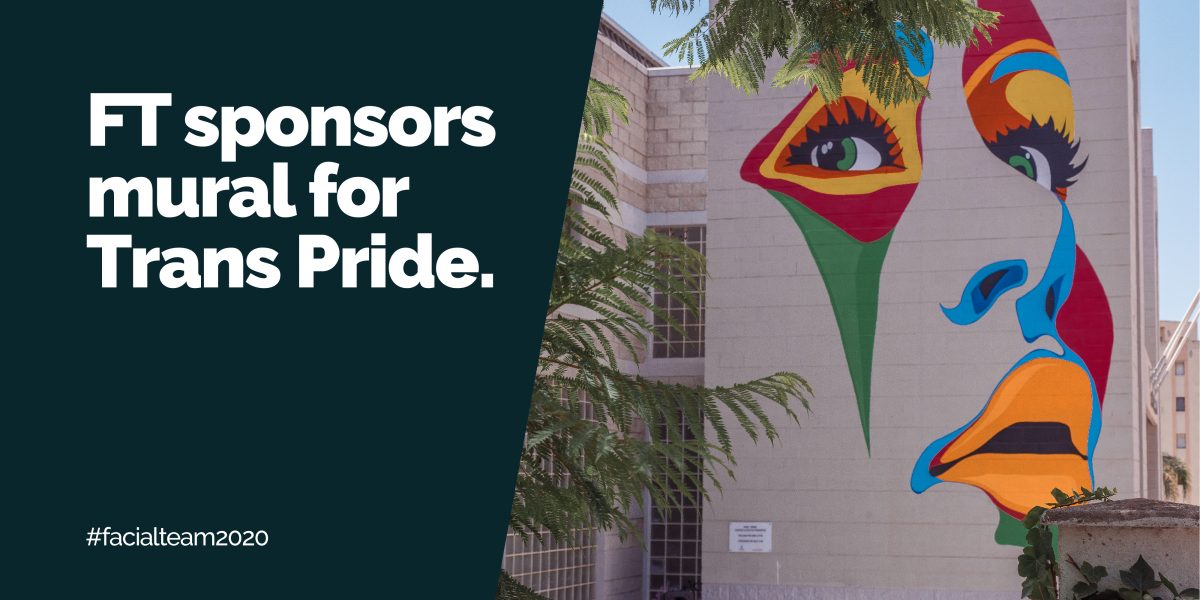 After working with the interior designers of our renovated consultation spaces, a local artist is inspired to visibilize the trans community in a giant-size mural commemorating trans pride 2020. Sponsored by Facialteam.

An artistic homage to our TNBI citizens 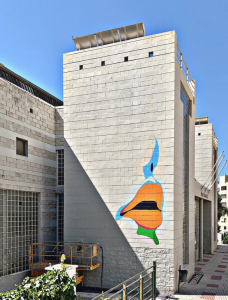 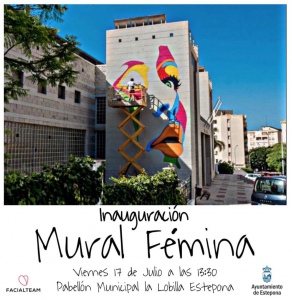 During the making of the mural, titled “Fémina,” these images show the process which took weeks for Spanish artist Curro Leyton to plan and complete. The trans pride mural is located on the side of a 4-story building in the City of Estepona.

Inauguration of “Fémina” – a dedication to the trans community

Curro says on his Instagram account, “The Artist, via paint, is able to sensibilize society profoundly, reaching individuals without even saying a word.”

The mural is dedicated to the TNBI (transgender, non-binary, intersex)and gender-nonconforming community  thanks to the collaboration of the Town Hall of Estepona, to promote total social inclusion.

In 2018, the town of Estepona also showed it’s sensitivity to the trans community with the installation of a bench in the city’s Human Rights Park which displays the colors of the Trans Pride, an initiative of both the town hall and the regional parents association for trans minors, Chrysallis Andalucía.

An Artistic Mural Route for tourists

The Town Hall of Estepona also recently announced that the transpride mural Fémina will be included in the official “Artistic Mural Route” of 61 urban murals promoted by the city Town Hall for cultural tourism.

This open-air museum began in 2012, attracting art-lovers to view the large-format canvases. Now it is the base of an international artistic mural competition which selects 10 artist to complete urban murals simultaneously in the city.

Of these, most notably is the first Braille mural in Spain and ‘Atalanta,’ vindicating women’s rights. The street-museum also possesses singular works such as the largest nature-simulating mural in Europe created by a single artist (at the Botanical-Orchid Park) and the biggest vertical mural in Spain, by realist paintor José Fernández Ríos (Dia de Pesca).

Where to see the Trans Pride Mural

To view the mural, visit the Polideportivo La Lobilla in Estepona.

Here is the geo-location of the Municipal Athletic Center where this and other murals by Curro may be appreciated.

“One of my greatest satisfactions as an artist is that the entire world can enjoy my work freely.”

Fémina, a homage to people of diverse gender identities,  is the artist’s 7th mural in Andalusia. He is also the author of other important murals, such as a replica of Pablo Picasso’s Guernica and the Last Supper of Davinci. The artist from the Costa del Sol of Malaga has works displayed in his own and other private galleries. 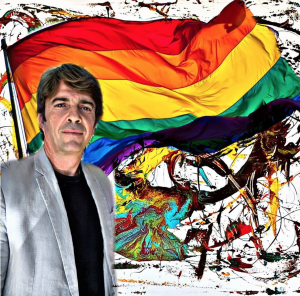 Facialteam makes a concerted effort to support community organizations nationally and internationally. Find out about other charity projects and sponsorships here.