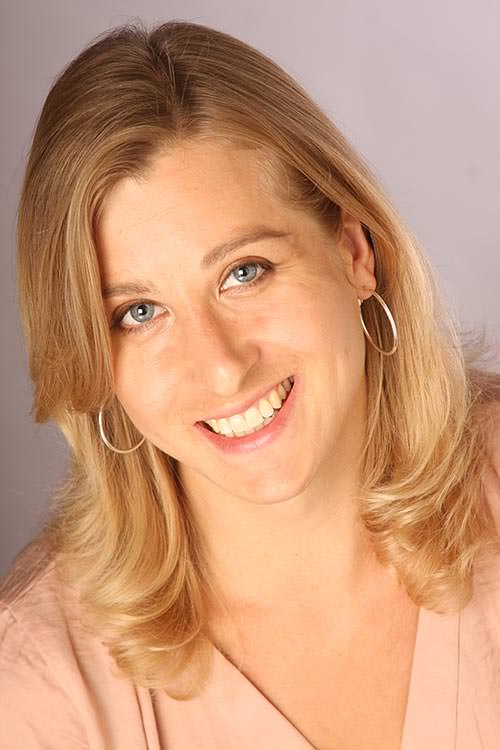 Quite some years ago, Charlie Martin and FACIALTEAM shared a journey. The UK athlete, who bears the trans and LGBTI+ flags wherever she goes, has since blossomed. She is a popular YouTuber, competitive international athlete and transgender rights activist.  Therefore, it is with great pleasure to announce the official sponsorship of Charlie Martin’s work in promoting trans visibility in Europe via her endurance racing.

FACIALTEAM met Charlie a year after she began to transition. Well before becoming an ambassador for trans rights, breaking hill-climbing racing records and competing in extreme sports on television.  Watching her grow has been rewarding for the team of surgeons, nurses and coordinators in Marbella, who often build unique relationships with the patients they care for.

For this reason, it is very exciting to see Charlie on the way to becoming the first transgender driver to compete in the Le Mans 24hr race, the oldest and most famous endurance race in the world. Endurance is certainly something those who have embarked on a gender transition know quite a lot about.  Now years later, Charlie formally proposed a collaboration to help reach her goals. FACIALTEAM feels privileged and honored to form part of her initiative.

“Growing up trans was difficult. I always felt I was being pulled in two different directions.”

I feel lucky that @facialteam helped change my life, they were the key to finding my confidence https://t.co/nh2J1XvXwy

A social responsibility project with @GoCharlieM

FACIALTEAM has a history of investing in the patient community, both nationally and internationally. New projects like the Charlie Martin sponsorship and the trans visibility homepage campaign, #beyondgender, form part of the team’s efforts to emphasize our humanity, that we are all extraordinary. Regardless of gender expression or identity, we highlight people like Charlie Martin as an inspiration for social change.

In addition, Charlie Martin joined us in an LGBTI+ Pride campaign, with a special sponsored editorial on how facial gender affirming surgery “helped unlock her confidence” in herself, allowing her reach her many of her life goals.  More is to come over the next year as Charlie gears up for the biggest of all endurance races.

Charlie Martin: “Thank you for giving me the confidence to live a fantastic life as a trans woman”

Charlie sent an Instagram message to FACIALTEAM whilst at Trans Pride in Brighton, England. “Thanks for all the incredible work you do to help people. It’s great to be working with you. Thank guys!”

Thank YOU, Charlie, for choosing FACIALTEAM to be among your allies to help raise awareness of gender diverse people in sports and beyond! 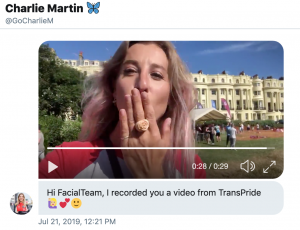 As she mentioned in her message, an improved self perception and quality of life is what many facial feminisation patients report in the years following surgery.  She has experienced this first hand, sharing her journey on her YouTube Channel with transition-related videos documenting each stage.

“Very excited to welcome @facialteam onboard…their amazing team helped me find the confidence that started an incredible new chapter in my life.”

FFS Surgery is widely reported by gender-diverse patients to have helped in self-esteem and social integration. However, more statistical data is needed. FACIALTEAM is involved in the research on this topic.  The Research & Development department is conducting projects that aim to establish a scientific basis for the benefits of facial gender affirming surgery. Read more here about femininity perception in transgender patients.